TopTenRealEstateDeals — At only 59, Juilliard trained actor, Kelsey Grammer, has been one of television’s biggest stars for over 30 years, including 20 as the quirky, pompous, awkward and loveable psychiatrist on TV sitcoms Cheers and Frasier. Winner of five Emmys and three Golden Globe awards, his Dr. Frasier Crane gig is tied with Gunsmokeâ€™s Marshall Matt Dillon as the longest running character role in television history.

Multi-talented, Grammer has written, produced, performed and directed comedy and drama, sang the Frasier theme song, done commercials, played piano, danced on Broadway and is well known for his voiceover work in both television and movies. He is one of Hollywood’s most seen and heard actors. Cheers has been a TV network and cable staple for Grammer since 1984, syndicated in over 30 countries. Reruns of Frasier are broadcast every weekday on Lifetime for three consecutive hours. His voice-over work in television shows such as The Simpsons, movies including Toy Story 2 and commercials for Hyundai are familiar in much of the world.

With the critical eye of an artist, Kelsey is a celebrity real estate collector having owned exceptional homes in Beverly Hills, Malibu, Andes, a Colorado ski estate, and multiple New York and Hawaii properties. His elegant Malibu estate, Peppertree Hill, that Grammer owned with ex-wife, Camille, since 1998 is now for sale. Affording the privacy and security needed for a high profile owner, the estate is nestled in the Malibu Canyon gated Serra Retreat area of eucalyptus groves, ocean views, large estates and a Franciscan religious community. 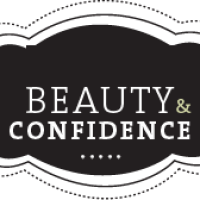