Exclusively launching at Bloomingdaleâ€™s department stores for a limited time, the special edition tote bag features a nautical-inspired design by Gaultier, a longtime supporter of amfAR, and bears the designerâ€™s signature on the front. Model Heidi Klum, another longtime friend of amfAR who has chaired countless fundraisers for the Foundation, including the most recent 21st Cinema Against AIDS event in Cannes on May 22, donated her time to model the bag for amfAR.

â€œI have admired amfAR and their dedication to finding a cure for HIV/AIDS through research for many years now,â€ said Klum. â€œThis tote bag is a great way to make a statement â€“ whether youâ€™re at the beach, by the pool, or at the park â€“ and let people know that you are supporting amfARâ€™s efforts to end the AIDS epidemic.â€

Starting June 1, the tote bag will be available at Bloomingdaleâ€™s department stores across the United States for $35, with 100 percent of the purchase price going to amfARâ€™s life-saving research programs. Bloomingdaleâ€™s has been a strong corporate supporter of amfAR since 1986.

The bags will also be available from amfAR at its online shop (http://shop.amfar.org/) mid-summer.

â€œWe are so grateful to have the support of fashion giants Jean Paul Gaultier, Heidi Klum, and Bloomingdaleâ€™s in helping us spread amfARâ€™s message and in giving people a stylish way to support AIDS research and our search for a cure,â€ said amfAR CEO Kevin Robert Frost.

The bag design by Gaultier was originally a part of â€œArtBags,â€ a fundraising awareness campaign developed by STOP AIDS NOW!, a Netherlands-based organization that aims to expand and enhance the quality of the Dutch contribution to the AIDS response in developing countries. 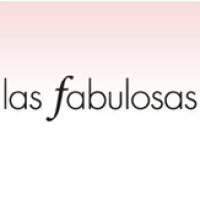